Hypnosis for grief and loss is about learning to gradually let the light back in – and the darkness out. The tools and techniques of hypnosis help dissolve heavy emotions – guilt, fear, anger, etc. – so the mind is better conditioned and more receptive to change. Often the most gratifying and empowering part of hypnosis is that the formula for healing actually comes from you – a deep, innate wisdom buried beneath layers of trauma. My role as a hypnotherapist/energy healer is – in essence – to dust off your soul so you can access your intuitive strength and wisdom. The end goal is to find inner peace and resolve, while gaining greater clarity and confidence about the road ahead. 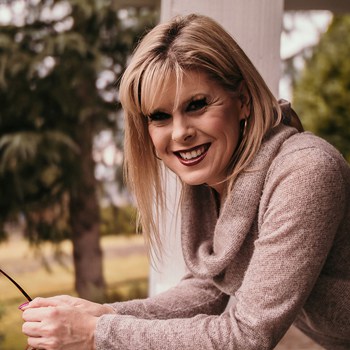 Cheryl’s* teenage daughter tragically died in a whitewater rafting accident over a decade ago.

Lately, her recent breakup with a long-term companion, Frank, has caused her to question the kind of mother she was to her late daughter. Frank had a string of affairs in their relationship, and every time she found herself lonely without him and begging him to come back.

Although Cheryl was enraged by his dishonesty and lack of respect for her, she was eventually brave enough to admit that this, too, was once a big part of her lifestyle a long time ago. As a young wife and mother, Cheryl was a career waitress. Her first husband was a fisherman who was gone for months on end. Tired and lonely, she often sought the company of multiple men to feel good about herself and fill the void in her life and heart.

Years later, Cheryl is filled with an unsettling guilt.

She wonders if her daughter knew about these indiscretions; could she forgive her for being an inadequate and neglectful parent?

Cheryl is ashamed of her own selfishness, especially now that she is on the receiving end of this troubled relationship.

Cheryl is also conflicted by Frank’s behavior, because she is in love with him and believes something can rehabilitate him, just as she has been rehabilitated.

After just one hypnosis session, Cheryl was surprised she could seek forgiveness from her deceased daughter. Now that her heart was at peace, Cheryl found the courage to forgive herself.

Several sessions later, Cheryl realized that she had grown and evolved as a person and deserved a man who could fully commit to her. She recognized that her first marriage was abusive and dysfunctional on so many levels – and that cheating was the only tool she had to self-medicate.

Six sessions into hypnosis, Cheryl was so much further along in her emotional and spiritual healing journey that she had the strength and the tools to cut the cord with Frank permanently.

In our sessions, we used “age regression” to identify the times in Cheryl’s childhood she felt emotionally abandoned by her own mother.

Her pattern of behavior in relationships began to make more sense to her. She realized she had a history of pursuing emotionally unavailable men, as this was all she ever knew – it was familiar and safe. Her affairs represented a deep desire for attention and love – the very things her marriage did not give her.

Though this dynamic created chaos in her life and left her feeling horrible inside, it was the only way she knew how to get her needs met.

We used Cheryl’s inner wisdom and life experiences to challenge her perceptions of marriage and create a healthier framework. She began to realize the rejection she felt as a child reflected her mother’s own personal struggles rather than an expression of her daughter’s unworthiness. Cheryl learned that her feelings and needs are best expressed and fulfilled through honest communication.

She was also able to see how important is was to have a female support system as a source of emotional grounding. In the past, feeling isolated and unfulfilled had been a trigger for pursuing unhealthy and unstable relationships.

Cheryl has recovered from the grief and loss of her daughter, as well as decades of dysfunctional romantic relationships. She now volunteers to help others overcome their own grief and loss.

She is single, active in her community, and happy. She has chosen to leave the door of possibilities open for a healthy romance in the future.

You are not alone.

The depression caused by the loss of a loved one – parent, child, sibling, spouse, best friend – often compels a person to isolate.

Any additional life challenges and stressors may further compound your decision to “suffer in silence” or escape into addiction or dysfunctional behavioral patterns. Some clients fear their pain is too deep, heavy, and burdensome to share. Others are tired of listening to superficial comments and advice, as it never acknowledges the depth of their pain or invites them to share their own authentic thoughts or feelings.

You seriously doubt that hashing out the details of your broken life in “talk therapy” will help you climb out of your depression. You also worry you may end up feeling even worse than you do now.

You’re inclined to try Hypnosis and maybe even Energy Work, because something inside you says, “I need something different – deeper, more impactful, and powerful.” This loss in your life represents the greatest assault to your soul, and no ordinary intervention will satiate you.

The way you’re living prevents you from fulfilling your other life roles and responsibilities.

You see those around you suffering from your lack of engagement. You need relief from the heaviness, the grief, and the guilt you are carrying. Your soul is beckoning you to heal and re-emerge.

Here, in this space, all that is required of you is that you come as you are.

Your healing journey won’t be forced or rushed, and a timeline will never be imposed. You will experience instant relief, as we re-introduce both your mind and body to the sensation of relaxation and weightlessness. Your story will unfold naturally and organically.

We will pull from your own spiritual tool bag and innate wisdom to find the formula for healing that resonates best with your soul.

Just like Cheryl, not only will you recover from your grief – you will discover the highest and best version of you – in an environment of unconditional love and unwavering compassion.

Relief is just one phone call away!

Allowing time to heal your wounds is of little comfort and far too passive an approach for those with important life obligations.

Slipping further into depression is not the answer.

You need more tools and resources than your immediate environment can provide. You need the kind of proactive recovery and instant relief that only Hypnosis and Energy Work can provide.